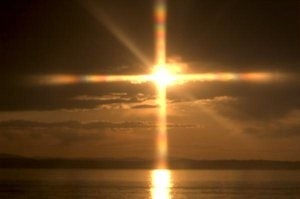 Dear Parents and Caregivers,
As the term comes to a close Mrs Barron encouraged us to be grateful for life’s fun moments and appreciate the good things that have happened as we head into the holiday break.

The teachers have valued the chance to meet with parents this week at interviews. This always provides a great opportunity to discuss the learning of your daughters.

On Monday our Easter Eucharist Service was led by Dr Townsley and Reverend Jo Fielding. At the completion of the service, the girls enjoyed fresh hot cross buns, kindly provided by Sharon White of the canteen.

The cross country will be held on the afternoon of Wednesday April 22.  Further information on this is provided below.

The print edition of the end of term newsletter will be posted this afternoon.

In assembly this week we acknowledged the Year 9 students who received scholarships this year.  The applications are open to current Year 8 students as well as incoming applicants.  There are two each of the following – academic, sports and arts.

The recipients for this year were:

The following students achieved their Bronze Duke of Edinburgh Award:

At the end of last year, Year 12 and 13 French students completed the DELF exam, which is an international qualification in French, which allows students to study, live and work in foreign countries. It is a very prestigious qualification, which is recognised all over the world.  The following students received an award:

Kate Higham has been selected for a National Talent Centre Football Squad to train in the first week of the holidays.

The following girls competed at the Otago Primary and Secondary Swimming Champs:

After a busy Saturday, where they had four comprehensive wins against OGHS, Rangi Ruru, Craighead, Malborough Girls and a draw against Burnside, the team won their pool and played the winner of the other pool on Sunday morning. The team lost this game against Southland Girls 4 – 1, but got to play the winner of 3rd and 4th.

This saw a rematch against Burnside, which we won 7 – 4, and a spot in the finals. The team played really well, but after having to play two more games, and a courageous fight, lost to Southland Girls 5 – 2. This was still an amazing result and gives St Hilda’s direct entry into Touch Nationals in December.

The Senior A Water Polo team recently won the South Island Tournament.  Charlotte Cotter and Libby van Harselaar were named in the tournament team and Libby was also named Most Valuable Player of the tournament.

The following girls travelled to Nelson to compete at the South Island Secondary Schools Athletics:

The rowing squad completed a successful season last week by competing at Maadi Cup held at Lake Karapiro.  All crews made it though heats and repercharges before the quarter and semi finals decided who would race in the finals.  The squad made 5 B finals made up of our Under 16 eight, quad and four and our Novice eight and four, with the majority of the group making their C, D and E finals also.

Anna Lindsay was placed 9th in the very competitive 16-19 year age group at the NZ Secondary Schools National in Taupo last week.  Two days later in Auckland at the Barfoot & Thompson ITU World Triathlon, she had a very good race and was placed 3rd in the 16 – 19 age group.

The following girls have been selected for the Otago U17 Basketball Teams:

1.    All students are expected to participate.  This is a great opportunity to earn points for your house, get some exercise, and have some time away from your schoolwork!

So make the most of it.

Also, if you compete well, you will have the opportunity to represent your school at other Cross Country events coming up in the next two months.

2.     Sports uniform, including tracksuit, can be worn to school that day but it must be the correct sports uniform.

3.     Wear your house colours when competing only.  Bring something warm to wear before and after competing, as it may be cold.  E.g. Thermals or Merino are good.

4.     Avoid eating fatty or acidic foods before the event. If you are prone to getting stitch, maybe eat your lunch at Interval to give it time to digest. Have some food handy to eat afterwards.

5.     Drink a lot of water during the morning.  BRING A DRINK BOTTLE.

7.     Buses will take you up to the McGlashan fields.  Do not leave anything on the bus.  You will be expected to make your own way home from John McGlashan College.

If parents are picking you up, most of you will be finished by 3:00pm. For those that need to get back to school for buses, you will have time to do so.

Parents are most welcome to come and support their daughters.

4.      At the finish, remember to collect a placing card and take it to the recording desk at your year level.  Give them your name and house.

**    Asthmatics – take your medication before running and have your inhaler with you.

**    If any students have a medical condition that will limit their participation a note is required with the reason and a parents signature. Notes must be given to Mrs Conrad ASAP.

**    Those few girls that will not be taking part will be asked to meet with me at interval on Wednesday and you will either be part of the walking group or given a job.

Come in your PE gear and tracksuit.

**    Keep to the left of the track and let others pass on the right.  A Copy of the Map is on the Gym Noticeboard if you want to walk the track to familiarize yourself.

**    There will be plenty of marshals and/or cones around the course so there is no chance that any of you will get lost.

Enjoy the Easter and holiday break.  Look after yourselves and others, rest and enjoy time with family and friends, but also make time for you.